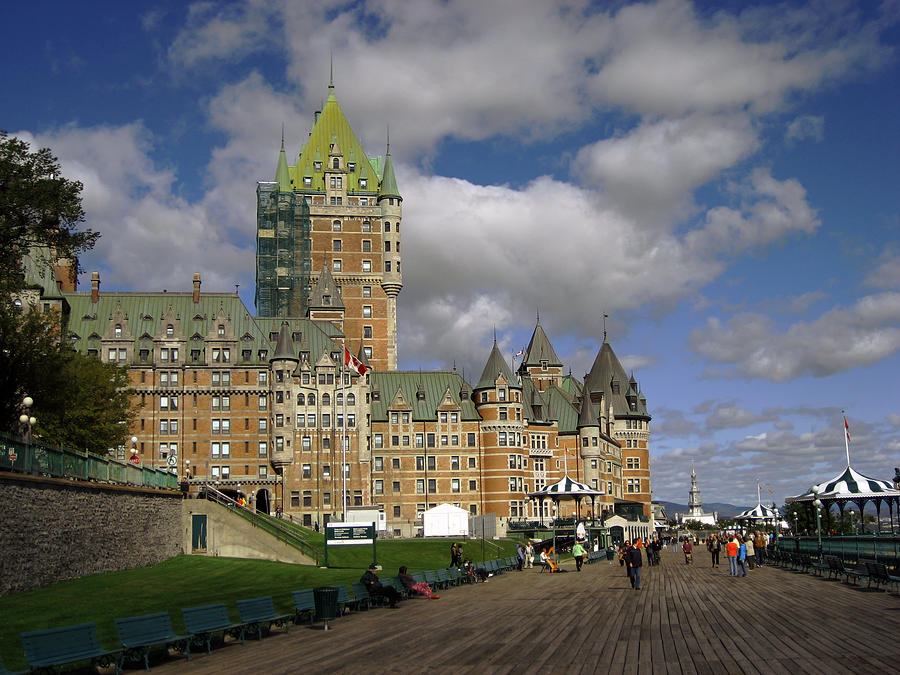 The Ch?teau Frontenac is a grand hotel in Quebec City, Quebec, Canada. It is operated as Fairmont Le Ch?teau Frontenac. It was designated a National Historic Site of Canada in 1980. Prior to the building of the hotel, the site was occupied by the Chateau Haldimand, residence of the British colonial governors of Lower Canada and Quebec. The hotel is generally recognized as the most photographed hotel in the world, mostly because of how it dominates the skyline of Quebec City.The Ch?teau Frontenac was named after Louis de Buade, Count of Frontenac, who was governor of the colony of New France from 1672 to 1682 and 1689 to 1698. The Ch?teau was built near the historic Citadelle, the construction of which Frontenac had begun at the end of the 17th century.

The Quebec Conference of 1943, at which Winston Churchill, Franklin D. Roosevelt, and Mackenzie King discussed strategy for World War II, was held at the Ch?teau Frontenac while much of the staff stayed nearby at the Citadel.
Although several of Quebec City's buildings are taller, the landmark hotel is perched atop a tall cape overlooking the Saint Lawrence River, affording a spectacular view for several kilometers. The building is the most prominent feature of the Quebec City skyline as seen from across the St. Lawrence. Source - Wikipedia.