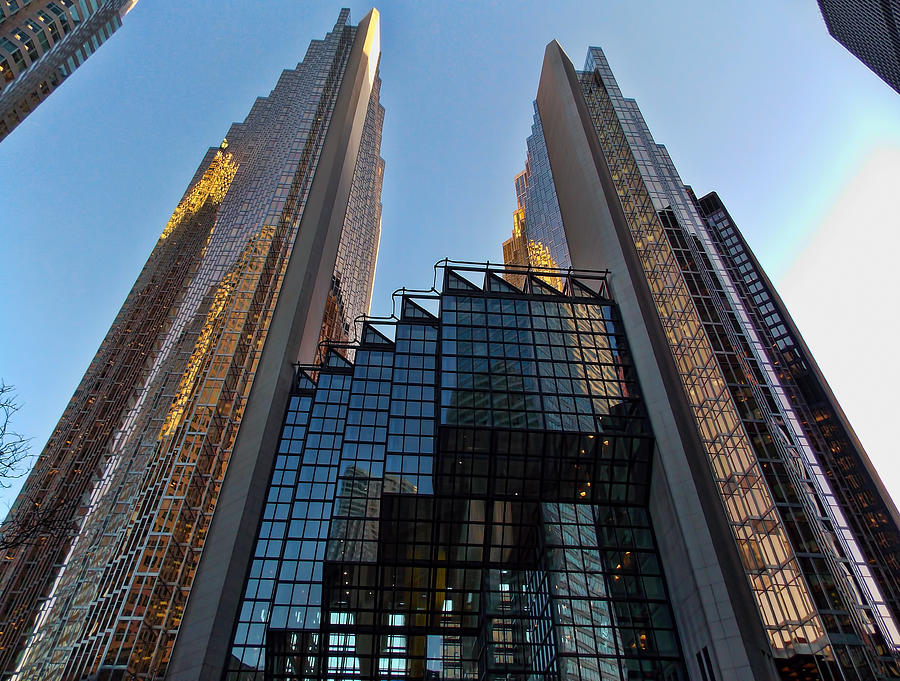 The building is in Toronto's financial district bordered by Bay, Front, York, and Wellington streets. It is owned by the real estate firm Oxford Properties, which also maintains its headquarters there.
Built to be the new main office of the Royal Bank after its decision to move its centre of operations from Place Ville Marie in Montreal to Toronto in the late 1970s, Royal Bank Plaza consists of a South Tower and a North Tower. The South Tower, a skyscraper, is the taller of the two at 180 m (591 ft); the North Tower has a height of 112 m (367 ft). The structures have a triangular footprint and sit on opposing corners of the square site. The exteriors of the structures are largely covered with gold-bronze glass with tan granite accents. Together, both towers contain more than 14,000 windows which project from the facade to form angular bays set into brushed aluminum frames. Six bays are grouped between piers which are covered in the same glass. The upper stories are recessed and contain three larger angled-bays between the piers. The double-height entry is also recessed from the facade and covered in dark-tinted glass set into dark aluminum frames. The glass for the body of the building was manufactured by Canadian Pittsburgh Industries and was coloured using 2,500 oz (71,000 g) of gold, valued at CA$70 per pane at the time of installation.