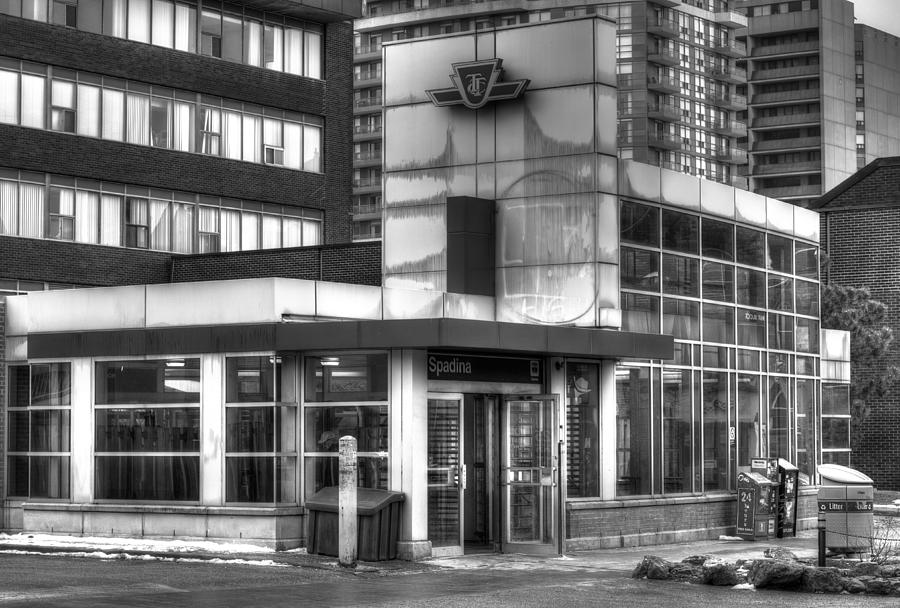 Spadina Subway Station, Walmer Road exit On the east side of Walmer Avenue is an automatic entrance, which is situated at the west end of the Bloor line platforms. The contemporary building has a deceptively imposing presence which is surprising given it's really simple inside - mostly just an electronic ticket entrance and fairly steep stairs at this secondary entrance.
Spadina itself is a subway station located on Spadina Road, north of Bloor Street West. The station consists of two separate sections, one for each line Yonge/University/Spadina line and the Bloor-Danforth line), at the same level and 150 metres apart. The north-south platforms, which opened in 1978, were originally planned as a separate station, but the TTC decided to join to the existing 1966 east-west station with a pedestrian tunnel containing a pair of long moving walkways. The walkways were shut down because they because too expensive to maintain but you can still see the signs that they once existed. Although Spadina is an interchange station, it's not advised to change trains here. Instead most people change at St George Station - it has much better access and no need for the long walk.